Sponsorships in football are nothing out of the ordinary – quite the contrary, in fact. Every year, there is a growing competition between clubs to attract as much money as possible from their sponsors. Gigantic clubs like Chelsea, Arsenal or Manchester United have topped charts for tens of years and attract tens of millions of pounds from sponsorship deals each year.

But there has been a growing trend among UK clubs in recent years to which more and more clubs adhere: being sponsored by gambling companies. This shouldn’t come as a surprise – the UK does have one of the biggest, most active gambling scenes in the world, and the oldest sports betting industry as well. Moving on from the argument if a betting company sponsoring a football club is ethically correct, there are some numbers we can look at to understand just how common this is.

First of all, let’s think of the fact that Sky Bet tied its name to multiple big-shot football leagues from the UK. Moving on, a whopping 60% of the clubs belonging to England’s top two divisions (the Premier League and the Championship) are sponsored by betting sites – 9 out of 20 Premier League clubs and 17 out of 24 Championship clubs.

These figures are only expected to rise in the near future, and that’s seen as a good thing in general. The risks are typically seen as over-promoting gambling among young people and teenagers, with the UK having close to 400,000 people which are classified as “problem gamblers”. The benefits, however, are huge for the sport – these betting sites help keep legendary clubs competitive and bring a much-needed boost to the leagues.

We will be treating Premier League clubs sponsorship deals another time, as some of them are a whole different level which requires deeper analysis. For the Championship, however, we have compiled a list of clubs sponsored by bookmakers:

All EFL Championship Clubs That Feature Gambling Logos On Their Shirts

There are some conclusions to be drawn from the list above. First and foremost, we can see that lots of different brookmakers chose to tie their fates to Championship clubs – from huge names in the betting industry (Bet365 and Betfred) to smaller, up-and-coming bookmakers, like 32Red and LeoVegas.

32Red sponsor a record of 5 different Championship teams, and surely strongly hope that at least one of them can have a strong campaign and win their tickets for the Premier League.

QPR’s deal with Royal Panda started at the beginning of last season and will last for three years, during which QPR’s players will wear jersey’s with the bookmaker’s name written across the chest – for all three kits: home, away, and third kit.

Other deals, like Birmingham’s deal with 888sport, are renewed on an yearly basis, taking last year’s deal and results into consideration. If the deal is considered profitable by both sides, it will be renewed – possibly under a different, larger sum.

Similarly, Betfred, one of the UK’s most famous brick-and-mortar betting agencies, has taken up Bolton Wanderers as their club of choice, after the Trotters won their promotion from League One. This is a perfect example of two established brands collaborating very well, despite not having the best results in recent years – Bolton went from top-tier good team to the League One, while Betfred can sometimes be overshadowed by new betting sites.

SportPesa, another example, have a different approach: they want to sponsor a club from each division. They have chosen Everton as their top-tier representative, and Hull City as the team to back in the Championship – two excellent teams which are sure to do good this season. As a part of the deal, they have also ensured that an All-Star team they draft will play Hull in a friendly match during pre-season, a game which has brought lots of fans from all over the UK.

They are the most well-represented bookmaker at Championship level, a feat which clearly shows their intention: they want to support second tier football, because the quality of England’s second division is extremely high.

Moreover, there are some very well-established brands in the Championship, and 32Red have not chosen their clubs lightly. In fact, we want to discuss why they’ve made great choices with each of the 5 clubs they sponsor: 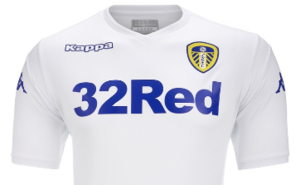 Leeds United are arguably the most famous of the 5 clubs, although they haven’t played top tier football in quite a while – but that’s one of the main attractions of their story!

Remember, at the beginning of the 90s, Leeds was one of the biggest clubs in the Premier League, qualifying for the Champions League and being a top contender for domestic cups.

Their rivalry with Manchester United is one of the fiercest the UK has to offer, although it has cooled down in recent years – mostly because the teams didn’t really meet. But Leeds’ story is about overcoming difficulties and rising to the top once again.

After being relegated to the League One and years and years of Championship mediocrity, they are now among promotion favorites and actually have a shot to play in the Premier League once again. 32red have chosen to associate themselves with a brand known for its fighting power and legacy – surely a good piece of business, even if we just view it from a marketing perspective. 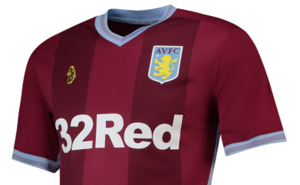 Aston Villa are another famous name, and not only in England! Sure, the most recent memory people have of them is shamefully relegating from the Premier League a few seasons ago and barely scraping 20 points from 38 games; but that’s not the entire story of the club.

They have won the Premier League (or First Division, as it was called back then) a number of 7 times, most recently in 1981.

They also have one Champions League win at the end of the next season, 1981-1982, and are one of the very few clubs who have won the biggest European Cup yet find themselves out of their nation’s top division at this time – interestingly enough, another such club is Nottingham Forrest, also in the Championship.

Villa’s story is that more interesting because the club continues to try to regain their lost glory, despite the fact that their latest competition win was a League Cup in 1995. Their fans are still around, and their local derbies with Birmingham City bring a whole new dimension to the Championship. 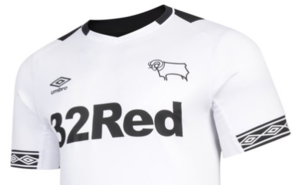 Derby County are another club sponsored by 32Red, and have something in common with the two listed above: they’re former Premier League winners.

Granted, a long time ago, in 1975, but a Premier League winner nonetheless. In more recent years, they’re a team which goes back and forth between the Premier League and the Championship.

They usually require a few seasons to gear up a team which wins promotion, but then gets almost immediately relegated back. Derby has one of the best youth academies in the UK, and frequently sells their top talents to EPL clubs.

Their story is about believing in core values and doing correct work for years and years to come. Sure, it would have been easy for them to sell the club to an oil-rich magnate and win trophies that way, but they’re committed to their line of work: growing youngsters, playing offensive football, and relying on building value the old-fashioned way. 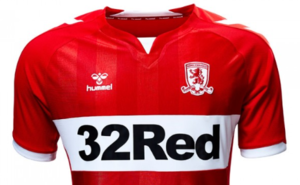 Middlesbrough are the odd pick from the 5 teams sponsored by 32Red – they’re not a league winner. Their only cup win was a League Cup in 2003/2004.

This victory gave them the right to participate in the UEFA Cup, where they worked their way to the 2006 UEFA Cup final – heavily losing to Sevilla, sadly. Their work ethic and passion is quite impressive, although results have been lacking in recent years.

They had quite a long run in the Premier League, between 1992 and 2008, only to find themselves relegated in 2009 and failed to climb back up until 2016. Overall, they have more participations in the top tier (65) than the second tier (45). 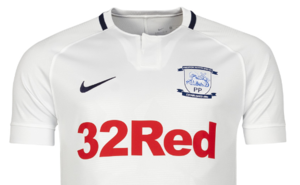 Preston North End, last but not least, are also a former top tier league winner – but not in this century.

It’s fair to say that the club isn’t about modern results and approaches. But traditionally, they are a name which can’t really be ignored when it comes to English Football.

32Red have shown that they also appreciate tradition and want to back clubs which mean something and aren’t just a vehicle of moving money and players around.

About 32Red, Their Betting Offers & Bonuses

Since they are sponsoring so many Championship clubs, it’s only fair to expect that they want to offer their customers the best possible betting experience. After all, we’re sure that lots of supporters of the teams which they sponsor want to open a betting account with them.

Thankfully, 32Red’s welcome offers are nothing to scoff at: the classic £10 free bet, 100% profit boost up to £100 on first in-play bet and up to £160 casino welcome bonus. The beauty of this free bet is that new customers can use it however they want – and it can really pay off if you want to bet on your favourite club.

We all know that sometimes, the heart can overestimate your favourite team’s capabilities, so receiving your money back if your bet wasn’t successful doesn’t sound too bad. Generally, we advise steering clear of betting on your favourite team. If you have free bets, however, that situation can change.

32Red also have some great bonuses for existing customers as well. Furthermore, their website and mobile apps are some of the best we’re encountered in the UK betting scene, but you can read about all those things on our “32Red review” page, where we discuss all these things in depth.

Today, we wanted to paint a picture about the clubs which 32Red chose to sponsor in the Championship. We saw a winning spirit, strong brands, and clubs which have huge history, despite not playing in the top tier at this time. They’ll surely return in the near future, though, and 32Red will do everything in their power to back them in this endeavor.