The heavy spending continued the highly inflationary trend set during the summer, as epitomised by the £200 million world record transfer of Brazilian forward Neymar from Barcelona to Paris Saint-Germain. We take a look now at the 10 most expensive Premier League transfers in January 2018: 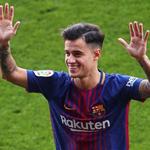 The astronomical figures involved in the 25-year-old Brazilian midfielder’s transfer from Liverpool to Barcelona make him the second most expensive player ever, only behind compatriot Neymar.

Barcelona had expressed their interest in Coutinho back in July, but Liverpool were reluctant to let him leave under any circumstances, despite the player’s desire to move to the Nou Camp.

A protracted transfer saga ensued, as Liverpool knocked back a number of bids from the Spanish side, before finally agreeing to the record fee of £142 million. The figure is believed to include a sum of £106 million to be paid initially, with an extra £36 million in add-on fees. Coutinho’s deal is for five-and-a-half years, and includes a release clause of £355 million. 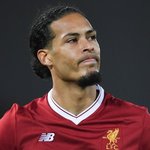 Another bitterly protracted transfer saga ended this January with Liverpool’s capture of defender Virgil van Dijk from Southampton. The 26-year-old Dutch international became the world’s most expensive defender with the £75m move.

Van Dijk had handed in a transfer request at Southampton in August, amidst widely publicised interest from Liverpool, but the club stood firm and kept him in the summer despite the speculation surrounding his future.

Liverpool were even made to apologise to Southampton for making an illegal approach for their player. Having finally completed the move this January, the centre-back is believed to have signed a 4-and-a-half year contract worth £180,000-a-week, which makes him Liverpool’s highest paid player.

His signing is expected to bolster their leaky defence over the next few years, but Van Dijk became an instant hero on the red side of Merseyside, as he headed in a late winner on his Liverpool debut against local rivals Everton, in a 2-1 victory in the third round of the FA Cup. 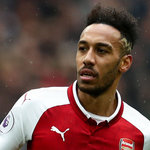 Having let go of their star player Alexis Sanchez, and struggling to achieve a top-four spot in the Premier League, Arsenal were in need of some firepower up front. They left it late, but finally secured the signing of their top target Pierre-Emerick Aubameyang on transfer deadline day, in a club record deal.

The 28-year-old Gabon international joined Arsenal from German side Borussia Dortmund for a reported £60 million, the highest fee ever paid by Arsenal, and is believed to be earning £180,000 per week in a ‘long term contract’ that also makes him the highest paid player in the club’s history.

The transfer had a domino effect on deadline day, as Arsenal let their French striker Olivier Giroud move to Chelsea for an estimated £18 million; while Chelsea themselves loaned their striker Michy Batshuayi to Dortmund, to fill the void left by Aubameyang’s departure. 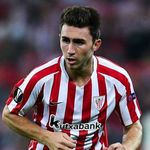 Having lost out on their preferred attacking signing of Alexis Sanchez, who chose to move to Manchester United from Arsenal, Manchester City quickly turned their attentions to reinforcing their defence.

City had previously tried to sign the 23-year-old Laporte from Bilbao in the summer of 2016, but were unsuccessful in their attempts. This time around though, they succeeded in tying down the left-footed central defender to a five-year contract, and subsequently let his compatriot Eliaquim Mangala leave on loan to Everton. 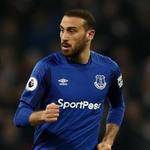 Having sold Romelu Lukaku to Manchester United for £75 million in the summer, Everton have struggled to fill the Belgian striker’s void in front of goal. This January they shelled out £27 million on Turkey international forward Cenk Tosun, who arrived on Merseyside from Besiktas.

26-year-old Tosun joined Everton following the departure of Ross Barkley to Chelsea, with the Toffees hoping he can continue his impressive goal-scoring form. He scored 41 goals in the Turkish league since the start of the 2014-15 season, more than any other player in that period, including 20 goals last season which secured the second consecutive league title for Besiktas.

He also comes with plenty of Champions League and Europa League experience, as well as 25 international caps, having represented Turkey at Euro 2016. 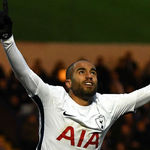 Lucas Moura had become something of a forgotten man at big-spending Paris Saint-Germain, having barely featured this season for the French club. Having been linked with a number of Premier League sides, the 25-year old Brazillian finally completed his move to Tottenham Hotspur for £25 million on transfer deadline day.

Moura will be hoping that a strong second half of the season for Spurs will see him force his way back into the Brazilian national team in time for the World Cup in Russia this summer. A tricky winger who usually operates from the right side, he has 36 caps for Brazil, the last of which came in 2016. He also played a pivotal part for PSG between 2013 and 2017, winning four league titles during his time there. 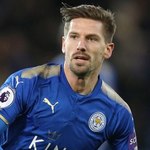 Portuguese midfielder Adrien Silva finally completed his £22 million move from Sporting Lisbon to Leicester City on New Year’s day, having had to wait for four months after the clubs agreed the deal on August 31st.

Unfortunately, the transfer paperwork did not reach FIFA in time, a mere 14 seconds after the deadline had passed, and he remained ineligible to appear for Leicester until the January window opened.

The 28-year old has made 20 appearances for Portugal, and was part of the squad that won the Euro 2016 Championship. Though obviously frustrated by the transfer ordeal he had to suffer through, Silva showed he has a sense of humour about it too, as he has taken the number 14 shirt in a not-so-subtle nod to the unfortunate situation he found himself in. 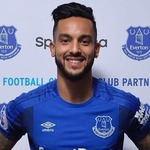 Arsenal winger Theo Walcott ended his twelve-year spell at the London club this January, as he moved to Everton for a reported fee of £20 million. The 28-year-old English international was unable to get much time on the pitch for Arsenal this season, and he will hope the move reignites his push for a spot on the plane to Russia for the upcoming World Cup.

Walcott has signed a three-and-a-half year contract with the Toffees, and adds to their goal threat with fellow January signing Cenk Tosun. It didn’t take him long to find the back of the net for his new club, as he scored a brace in just his second Premier League match for Everton, a 2-1 win over Leicester City. 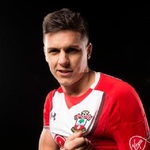 Southampton were quick to spend some of their £75 million windfall from the sale of Virgil van Dijk to Liverpool, splashing £19 million on Argentine striker Guido Carrillo. Carrillo joined the Saints from French champions Monaco, signing a three-and-a-half year deal with the English side.

The 26-year-old had largely been used as a substitute for Monaco this season, and he links up again with manager Mauricio Pellegrino, who he had previously played for at his former club Estudiantes in Argentina. Carrillo scored 20 goals for Monaco since signing for them in 2015, helping them win the Ligue 1 title last season.

Southampton fans will hope that he can find his touch quickly, as striker Charlie Austin is out injured and their other forwards, Shane Long and Manolo Gabbiadini, have struggled for form in recent months. 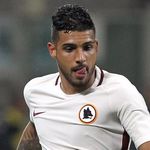 Chelsea managed to sign 23-year-old left back Emerson Palmieri from Italian side Roma for a fee of £17.6 million. The Brazil-born player made 36 appearances for Roma last year, but missed most of the first half of this season due to an anterior cruciate ligament injury he suffered in May.

He has appeared for Brazil U-17 teams in the past, but recently switched his international allegiances to Italy. The defender signed a four-and-a-half year deal and made his Chelsea debut in a 4-0 win against Hull City in the 5th round of the FA Cup. He marked the occasion with an assist for fellow January signing Olivier Giroud, who netted his first goal for the Blues.